Last weekend’s Cookstown 100 ended with Derek McGee crowned as “Man of the Meeting”. And for good reasons because, despite not gaining a win at the Orritor Circuit, Derek has always been among the top riders in every class.

Born in Mullingar (Ireland) in 1986, his interest for road races grew thanks to his dad, who brought him to see the Ulster Grand Prix, as happened to other fellow racers. McGee’s debut as a rider himself on the roads, though, came quite late but his undeniable skills were well clear to everybody very soon. In the last few years he won at Kells, Faugheen, Skerries, Walderstown (his home race) and Tandragee, last week being his latest win. He achieved a victory at the 2015 Ulster GP in the Supertwin class and the same year the “Mullingar Missile” made his debut at the Isle of Man TT. Straight there, no Manx GP before. His performance was well worth attention: Derek lapped at 124 mph average speed with the big bike and finished 11th on the “Twin”, being awarded “Best Newcomer” of the 2015 TT.

That year McGee was running for Wilson Craig Racing and an expert squad combined with a talented and well prepared rider seemed a perfect duo. But it was not to be. They parted company just after the TT and immediately McGee tried to recreate his own team with his old Kawasaki and the essential help of Noel Williamson. Noel remained loyal sponsor for 2016 as well, when Derek switched to a TAS prepared BMW.

However, his year has started with some difficulties for Derek McGee: the former Irish Supersport and Irish Supertwin Road Racing Champion is suffering a shortage of sponsors – his Kawasakis and Yamaha being plain green and white. And this left no chances for McGee to race at the Isle of Man TT.

We met Derek at the Cookstown 100, perfectly comfortable in the National Road Races where he is, without any doubt, one of the very best riders in the field and much appreciated also for his riding style. 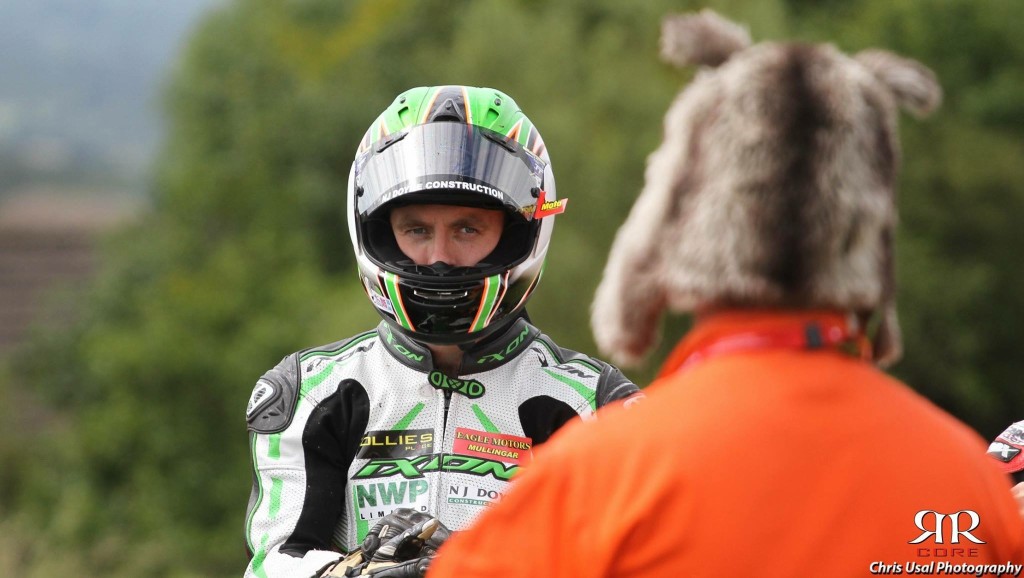 Derek, how is this Cookstown 100 going for you?

I really like Cookstown, it always seems to be pretty good for us, especially the 600cc. It has been good to get a tight race with William (Dunlop) yesterday and there didn’t seem to be too much in it. The big bike is running well there as well. I came second in the big bike race, so a few little changes for the last race and hopefully we can gain a bit of time.

So are you happy with this start of the season?

Yes, compared to last year…We had a disastrous start with bikes breaking down and blowing up on us, so I’m really happy with the start. We are leading the 600cc championship with 12 points, so that’s what we are aiming for.

Are you giving 100% here at the Nationals or do you consider them a sort of preparation for the TT?

I think we are all pushing pretty hard. It’s still early in the year to be doing something silly as well so, pushing hard but not doing anything stupid.

We see you haven’t got many sponsors on the bikes, what’s happening?

I’ve one really good sponsor in Noel NJ Doyne and CITP. It’s two companies, one person. Without him I wouldn’t be here to be honest with you. This year we had to invest and buy the new truck, and the new ZX10R and I bought my Supertwin back as well. I was a part owner so I had to buy the 50% share back, so there’s going to be no TT for us this year unfortunately. It’s just the money. We used all our budget up with the stuff, so hopefully next year. I really want to get back to that place, I love it!

Unfortunately we had a small problem with the bike, it just wasn’t pulling, and she let us down yesterday, so I said just for safety, I’d pull it in. It’s a pity for Gary (Dunlop) because he had put so much work in. It’s the first weekend it’s ever let me down, it’s normally bullet proof, but you can expect that with two strokes; sometimes they are temperamental.

What’s your favourite class among Superbike, Supersport, Supertwin? You seem very comfortable on the 600cc. 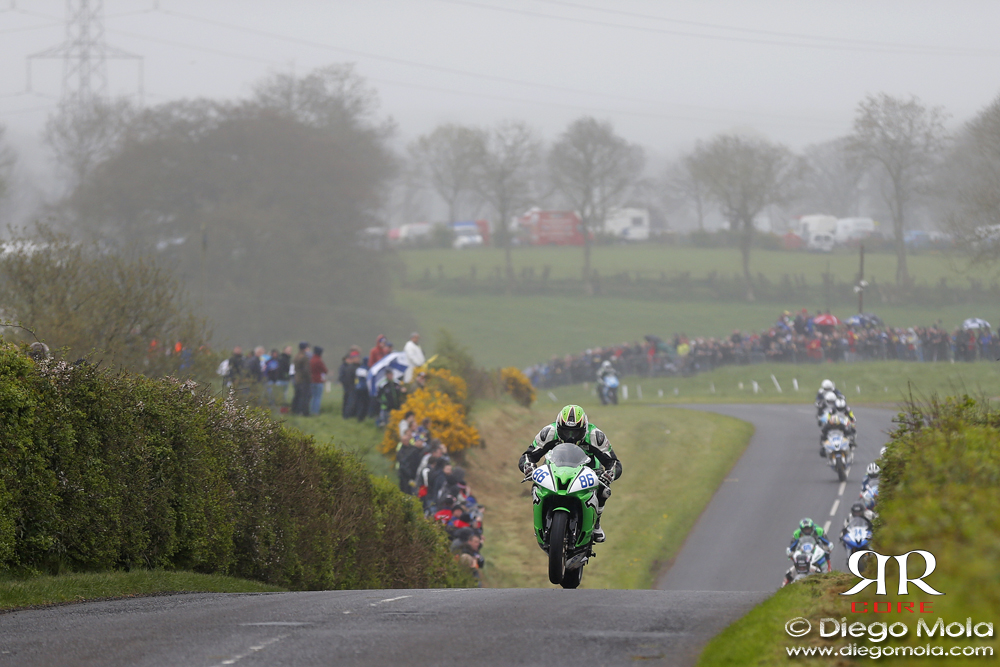 How do you prepare for road races and especially the TT which is the most demanding race physically and mentally?

Cycling, really when I get the chance. This year and last years have been kind of tough running my own team, holding down a job, trying to get bikes repaired, and then you don’t really have much time left for training; maybe in the evening and then you’re tired after working all day and working on bikes.

I’m a HGV mechanic, so I’d normally be working 5 or 6 days a week so it’s hard to get the training in. At Tandragee I just wasn’t happy with my fitness. We are just after having a new baby this year, and we moved into a new house over Christmas, so it’s been a hectic few months. Very busy! But I’m happy now, so I need to get a bit of a break now and concentrate on my training. The bikes are all ready to go, so there’s a bit of pressure off now.

What’s the schedule for you now for the forthcoming months of the season?

No North West or TT unfortunately. Skerries will be the next race but I’m going to try to fit in a few short circuits, just to keep sharp in between races and to concentrate on my training and get lots of cycling and motocross done.

Are you not doing the Ulster GP either?

And then the TT next year?

Yes TT next year. I’ve heard the TT tried to give us a bit of support, but it just wasn’t enough to cover it. It’s so tough when you’re on your own and you’ve got to pay for the entire thing. Some boys get free tyres and things like that, you just have to try to work your way up. That’s the way road racing is.

Coming from Southern Ireland, who is your favourite rider?

There’s a few different guys. Definitely Joey Dunlop obviously, and I really like Robert as well.I think he was a bit underestimated in how good he was. I really like Martin Finnegan as well. But actually, Richard Britton was my favourite rider. He was so easy going and kind of did his own thing and that’s how he got the results. A good rider, and a nice guy.

Thanks a lot Derek and all the best, we really hope to see you back at the TT next year!